What Happened to Namaste? 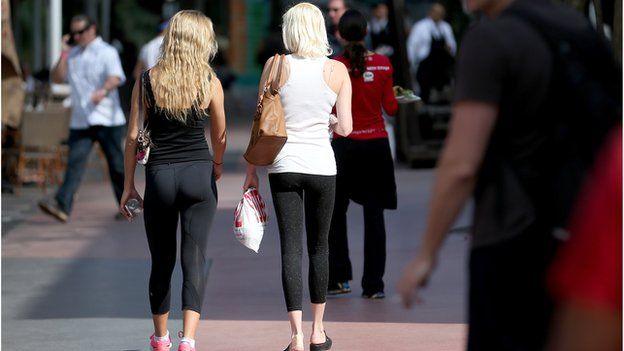 Free Speech is a funny thing.  In today’s America, it seems people are more protective of their right to free speech than ever before.  And yet, when it comes to the free speech of others, people seem more than willing to flush it down the toilet.  The contents of the letter have already been discussed at great length so I’m not going to get into it other than to say that they were totally ignorant (although the whole thing may have been an attempt at satire).  Instead, I’d like to briefly discuss the misconceptions people seem to have about free speech and the hypocrisy surrounding the issue.

The most startling issue to me regarding the hubbub over the yoga pants letter is how many people believe the newspaper should not have published the letter in the first place.  It’s fascinating to this libertarian how people can so passionately claim their right to wear what they want (no doubt a protected form of speech) while simultaneously calling for the censorship of the letter they are objecting to.  Free speech is a two-way street.  You have the right to say whatever you like as long as you are not threatening someone else’s life.  Did the man who wrote this letter say he was going to attack the next woman over 20 that he saw wearing yoga pants in the supermarket?  No.  Did he call on others to do so?  No.  Did he say all women who wear yoga pants around town should be charged with indecent exposure?  No.

However, in contrast, those upset by the article have posted comments on social media inciting violence and destruction of property against the individual who wrote the letter.  In a video posted by WPRO on its website, the man even played voice messages left on his phone that threatened him with bodily harm and death.  This kind of speech is not protected by the first amendment.

Now, the aspect of this story that has garnered the most attention is the organizing of a parade of yoga pant clad women in front of the letter writer’s house.  As long as they don’t step foot on his property, there’s really nothing he can do about it.  The best way to react to speech you don’t like is with speech of your own, so long as it is not threatening, and as far as I can tell the parade seems like a clever, silly, and creative way of responding to the letter (if not a bit disproportionate in response).

However, to call out the newspaper for publishing the letter does nothing but make hypocrites out of anyone who was defending their free speech right to wear what they want.  People are way to quick to shut down speech they deem to be “offensive.”  It’s important to remember that people aren’t inherently offensive…people get offended.  A person might make remarks that are inherently sexist, racist, bigoted, or ignorant, but they cannot make remarks that are, in and of themselves, offensive, rude, hurtful, or insensitive.  In order for someone to make an offensive remark, someone has to be offended by it first.  In order for someone to say something hurtful, someone has to be hurt by it first.  In reality, a person can only offend another if there is another person there to be offended, whereas racist comments are racist whether someone else thinks they are racist or not.  Put more simply; people may not even know that what they are saying is offensive.

This is exactly why there is a right to offend when it comes to free speech.  Nobody in a free society should have to censor their own speech on the off chance it might offend someone else.  Sure, most reasonable people can judge whether or not something might be offensive before they say it.  They might even voluntarily make the choice to censor themselves as a form of courtesy.  But, when we start calling on the press or governments to keep people from speaking their minds it’s a slippery slope to totalitarianism, fascism, and tyranny.  Today it’s a letter to the editor, tomorrow it’s an editorial, the next day it’s a political stump speech, until eventually there’s no more State of the Union address or Congressional filibusters.

So, in short, maybe some of us should stop telling other people what to wear, what not to wear, what to print, what to write, what to say and how to say it.  Instead, tell them you don’t like their shirt.  Tell them you disagree with their letter.  Tell them you are offended by their choice of words.  There is a big difference between doing those things and placing a large strip of duct tape over someone else’s mouth.  The word namaste is used as a salutation.  It is a means of showing respect; from that of God in you to that of God in another.  Let’s keep that in mind before all of us get our yoga pants in a twist.