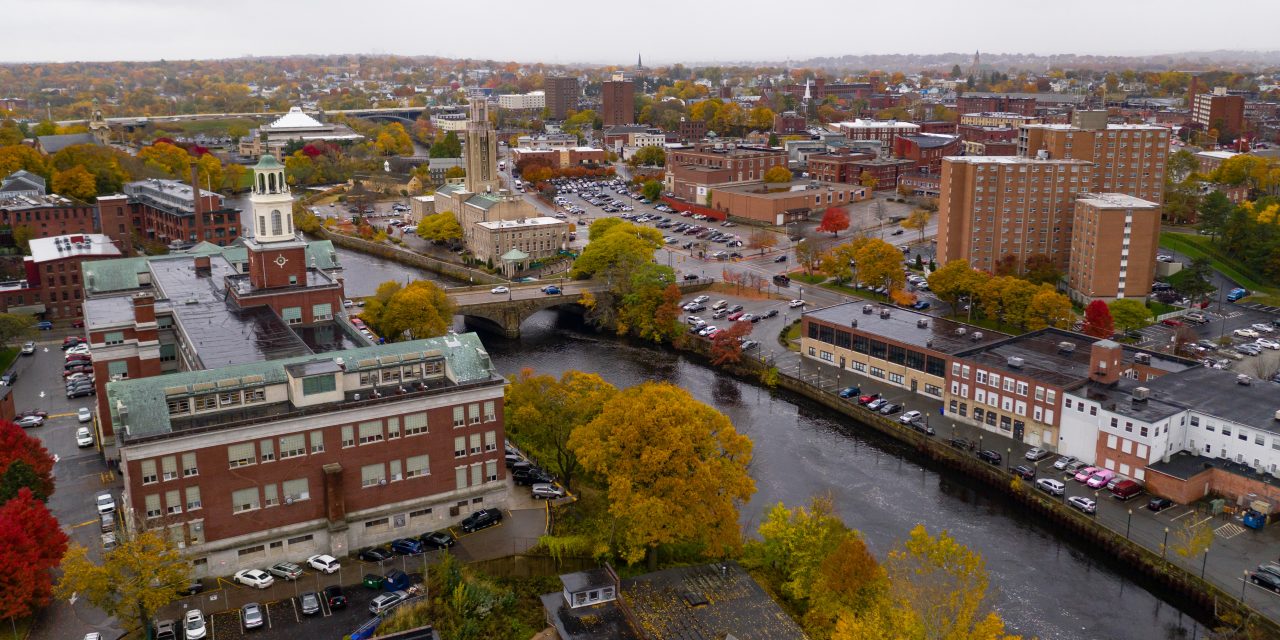 RHODE ISLAND – In the United States and around the world resources are distributed unevenly. This seemingly self-evident phenomenon has been broadly defined as “social inequality” with specific examples identified by the nature of a group’s social categorization. Well-known categories include race (“racial inequality”), class (“economic inequality”), gender (“gender inequality”), etc. A lesser-known and not-often-discussed category known as “capital inequality” describes the uneven distribution of investment capital.

Billions of dollars are invested in booming urban areas while the rest of the United States is being left far behind. A 2018 PwC report shows the vast majority of venture capital dollars are being invested in four states: California, Massachusetts, New York, and Texas. During the first three months of 2018, $0.54 of every venture capital dollar was invested in California alone – $0.27 was invested in Massachusetts, New York, and Texas combined. That leaves less than 19% of all capital investment for the remaining 46 states.

Instead of addressing institutional issues at both the federal and local level, the 2017 Tax Cuts and Jobs Act, (modeled after an Obama Administration pilot program, passed by a Republican Congress, and implemented by both Democrat and Republican Governors) included a program aimed at solving this problem utilizing a top-down approach. This legislation created areas known as “opportunity zones” which provide special tax incentives in an attempt to entice investors to redirect capital into low-income areas of the country. Specifically where poverty rates are above 20% and where the median income is below 80% of the state’s median income.

On paper, these tax incentives are an effective way to spur investment that would not have otherwise occurred by allowing investors to defer liable capital gains taxes until December 31, 2026 (the 2027 tax filing) effectively giving them more capital for their initial investment. Proponents say this is another necessary government tool similar to property tax stabilization, tax credits, and tax increment financing (TIF) which are necessary for modern real estate development projects – it is even paid for by the federal government.

The opportunity zone program allows investors to defer their capital gains tax liability on any initial investment until their 2027 tax filing (or the date they sell the asset, whichever comes first) by investing in an approved “opportunity fund” within 180 days of the sale of their assets.

Holding the investment for five to seven years only reduces the effective federal tax rate by a few percentage points. If the asset is held for 10 years, this change to the tax law allows investors to really cash-in: with this tax exemption on even a modest appreciation on the initial investment, in addition to the 10-15% capital gains reduction you will receive when you pay the deferred capital gains on your 2027 tax filing, you could easily get your effective tax rate to single digits within those first ten years.

Did you get all of that? If you didn’t quite follow the last three paragraphs, it’s probably because you can’t see yourself directly benefiting from a tax incentive like this – opportunity zones were designed with a very specific type of sophisticated investors in mind. This is not to say anyone is explicitly excluded from participating in these programs, only that there is a finite number of investors with this specific tax problem who are poised to capitalize on the program. There are even fewer investment banks and specialized syndicates established to set-up and administer these opportunity funds.

Some will point to these limited pools of politically connected investors and accuse the government of “picking winners and losers”. In response, state leaders will dismiss criticism, saying these projects are purely a public investment with no taxpayer dollars at risk. However, based on which opportunity zones were chosen and local legislation passed in Rhode Island, it is hard for our elected officials to deny these accusations.

8,700 census tracts have been certified by the Treasury Department as opportunity zones. Each state or territory’s executive branch had discretion on which census tracts were chosen. Most zones chosen meet the basic mandated guidelines of poverty rates above 20% and/or median income below 80% of the state’s median income.

Preference, however, was not always given to the census tracts with the lowest median income or highest poverty rate. Exceptions were made for census tracts which did not meet the basic mandate. Larger “opportunity districts” were established and contiguous high-income tracts were designated opportunity zones at the expense of eligible low-income tracts that ultimately missed out on any benefit.

According to a 2018 Brooking’s Institute report, “…in some states, selections were, on average, less economically distressed than the LICs [low-income communities] not picked. In West Virginia, Mississippi, Wyoming, Rhode Island, New Mexico, and South Dakota, neighborhoods designated as Opportunity Zones were actually better off, on average, than eligible communities that were not selected.” How can these states claim to be addressing the capital inequality this program was designed to combat?

In Rhode Island, depressed areas of Central Falls were passed over to accommodate tracts surrounding the planned minor league soccer stadium in downtown Pawtucket. Low-income tracts in Kingston (qualified only because of the broke college students living on the campus of our state university) were given preference over lower-income tracts not chosen. High-poverty areas of South Providence were ignored while tracts in downtown Providence are set to capitalize on these tax incentives – even though the only announced development in this “innovation district” is for hotels, luxury high-rise apartments, and high-tech business expansion catering to “meds and eds”.

In Woonsocket, eight qualifying census tracts got nothing, but a chosen opportunity zone tract in the city encompasses the headquarters of CVS. In Pawtucket, a tract chosen includes a site reported to be the possible new location of Hasbro’s new corporate headquarters. Of the five eligible tracts in Newport county, the only one selected includes the site of the former Newport Grand Casino which is slated to be developed by the Caprionaro Group – already one of the state’s largest real estate development companies.

Proponents of opportunity zones will hold up the jobs created by new construction or the economic development promised by stimulated business expansion as the tangible benefits to these high-poverty low-income areas. But any benefits realized in designated opportunity zones inevitably come at the expense of the rest of the state – specifically the more deserving census tracts not chosen to be opportunity zones. Why would venture capital even attempt to make an investment work in a “no-opportunity zone” when such attractive tax benefits are available in areas that were already more attractive for development before the Tax Cuts and Jobs Act was passed in 2017?

The under-educated workforce in Rhode Island, living in these low-income communities and lacking the skills required for the development envisioned, will not spontaneously become qualified for any new jobs created. Neither will they suddenly be able to afford to live in the high-rent apartments nor stay in the luxury hotels built in these opportunity zones – but hey, at least they’ll have a soccer stadium.

Gentrification and displacement are the more likely outcomes from these economic policies. It’s easy to imagine low-wage earners who are living in poverty being forced to move out of these opportunity zones to the other low-income areas not lucky enough to be chosen – exacerbating the unaddressed social inequality in the no-opportunity zones.

This scenario is made even more insidious when you consider the legislation just passed in Rhode Island giving the state “Power of eminent domain with respect to recreational redevelopment projects that create and/or preserve jobs within the state and projects financed with incremental tax revenues”. Private property is set to be taken by the City of Pawtucket and leased to a private third party. The municipality will retain ownership of the land and lease the development rights to private investors. Unelected bureaucrats will negotiate property tax treaties and, because the city owns the land, any development is effectively exempt from local zoning requirements and any semblance of community oversight.

Even if you ignore all of these externalities and you are just happy certain areas are going to get some shiny new development, the question needs to be asked: who is paying for this? This program was expected to cost the federal government $1.6 billion over 10 years, which is arguably insignificant compared to the $4.4 trillion federal budget. However, in addition to the federal expense and socioeconomic costs listed above, state and municipal governments are throwing gas on this tax incentive bonfire.

On top of the traditional tax stabilization, historic tax credits, TIF programs, and other instruments used to sweeten almost all economic development in their state, Rhode Island also passed legislation in 2019 further countervailing the tax liability of investors lucky enough to benefit from these opportunity fund investments. Hidden by incomprehensible federal tax jargon, this statute allows investors to deduct the incremental reduction in their capital gains tax from their adjusted gross income for the purpose of calculating their personal state income tax liability.

How long is it going to take for this state facing perennial budget deficits to make up for the state income tax and municipal property tax revenue lost to venture capitalists? Are optimistic projections of economic development a better investment than putting those dollars towards the state’s continually unfunded pension and healthcare liabilities? The same pension funds Rhode Island’s Governor invested in hedge funds when she served as State Treasurer. The same funds that charged the state excessive fees – earning millions for Wall Street while state employees got cuts to their benefits and their COLAs suspended as a result of pension reform. The same hedge funds which ultimately underperformed the S&P 500 index by nearly 10%, causing the pension funds to completely miss out on the huge economic recovery that has occurred in the stock market since the Great Recession.

William Hunt Jr - is an insurance professional who has been a candidate for Rhode Island’s State Representative and is the Secretary of the Libertarian Party of Rhode Island.