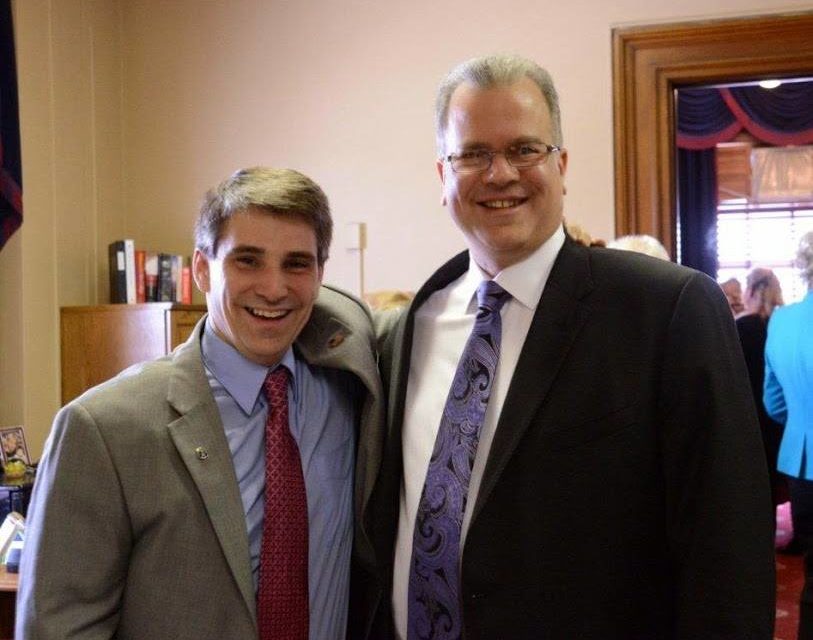 Rep. Ken Marshall Spent More Than $11,000 in Campaign Funds at Restaurants since the Beginning of 2014, More Than $5,000 on Political Donations.

At one time or another, most of us have probably donated some of our hard earned money to a political campaign. We want to do our part to help elect a candidate that we believe in. Most donors might expect their gifts will be used to help pay for advertisements, palm cards, lawn signs, fundraisers, or any number of other kinds of traditional campaign activities.

According to campaign finance reports available through the RI Board of Elections website, Bristol/Warren State Representative Ken Marshall (D) of District 68 spent staggering amounts of campaign cash on restaurant and bar tabs, as well as political donations to other candidates and committees. In total, Rep. Marshall spent more than $17,000 in campaign funds on these kinds of expenditures. (For the record, any expenditure labeled “fundraising” was not included in the figures.) Some of his biggest tabs include one for $895.36 and another for $702.48 at Roberto’s Restaurant in Bristol, $563.84 at Terrazza in Smithfield, and a mind boggling $1,700.00 at Jacky’s Galaxy in Providence.

Since January 1st, 2014, Rep. Marshall spent at grand total of $11,585.78 at 32 different restaurants including (most recently) a $446.64 tab at Camille’s in Providence and $129.73 at Trattoria Romana in Lincoln. As previously mentioned, the expenditures are listed as “Food, Beverages and Meals” as opposed to “Fundraising.” It’s also worth mentioning that there is technically nothing illegal about spending campaign money on food and drinks.

The intent, one might imagine, would be for candidates to spend campaign money feeding their volunteers. The question: who is it that Rep. Marshall is spending all of this money on? And how, exactly, does this spending qualify as being related to campaign activities? Should we really believe that he’s spending thousands of dollars at places like The Capital Grille and The Old Canteen to feed his campaign volunteers? And what about the $246.46 he spent at Broadway Cigars and Cigar Masters: for a victory party, perhaps?

These revelations come just months following the news that House Speaker Nicholas Mattiello had spent large sums of campaign cash on March Madness tickets under the category of “entertainment.” For those of you who have donated money to Rep. Marshall’s campaign, ask yourself; where exactly did your money go? Well, aside from the possibility of paying for a fancy dinner, your money could have gone into the campaign account of another candidate all-together.

On top of the money that Rep. Marshall spent on food and drinks, he spent a grand total of $5,485.00 of campaign cash on donations to other politicians, including $100.00 to State Rep. Joe Shekarchi, $200.00 to both David Cicilline and State Rep. Joseph Almeida, and a total of $1,745.00 to the Bristol and Warren Democratic Town Committees. A sum of $710.00 was listed as “aggregate” with no specific information provided in the campaign finance reports as to who or what that money was donated to.

Should candidates be using your campaign donations to fund the campaigns of other politicians? If you wanted your money to go to Seth Magaziner ($100.00) or John DeSimone ($100.00), for example, wouldn’t you have simply donated it to them directly? Using campaign money for these purposes may not be illegal, but it’s certainly concerning, and if I were a donor to Rep. Marshall’s campaign, I would want some answers pronto.

Finally, included in his latest campaign finance report, filed October 11th, Rep. Marshall spent a total of $204.09 on some questionable travel and lodging expenses. He spent $52.51 at Center Tower in St. Johnsbury, VT and $45.00 at Tedeschi Food Shops in Fall River, MA. How are out-of-state travel expenses related to a State Representative’s campaign activities? And, if out-of-state spending wasn’t odd enough, how can Rep. Marshall explain the $72.09 he spent at the Quebec Hilton and Pub St. Patrick in Quebec, Canada? How is the time he spent in another country related to his current campaign to represent District 68 in Bristol and Warren, Rhode Island?

There may very well be legitimate explanations for all of the expenditures laid out in this article. If so, what are they? Can Rep. Marshall assure his donors and constituents that their money was well spent on his campaigns? Can he state with confidence that their donations were vital to his electoral victories? For that, I’ll let the local news media do their jobs in seeking comment from the Representative. As for me, I’m just an activist, a concerned citizen seeking good government and trustworthy candidates for public office.

On that note, for those of you who live in District 68, I strongly suggest that you give serious consideration to voting for the Libertarian candidate for District 68, William Hunt Jr., on November 8th.