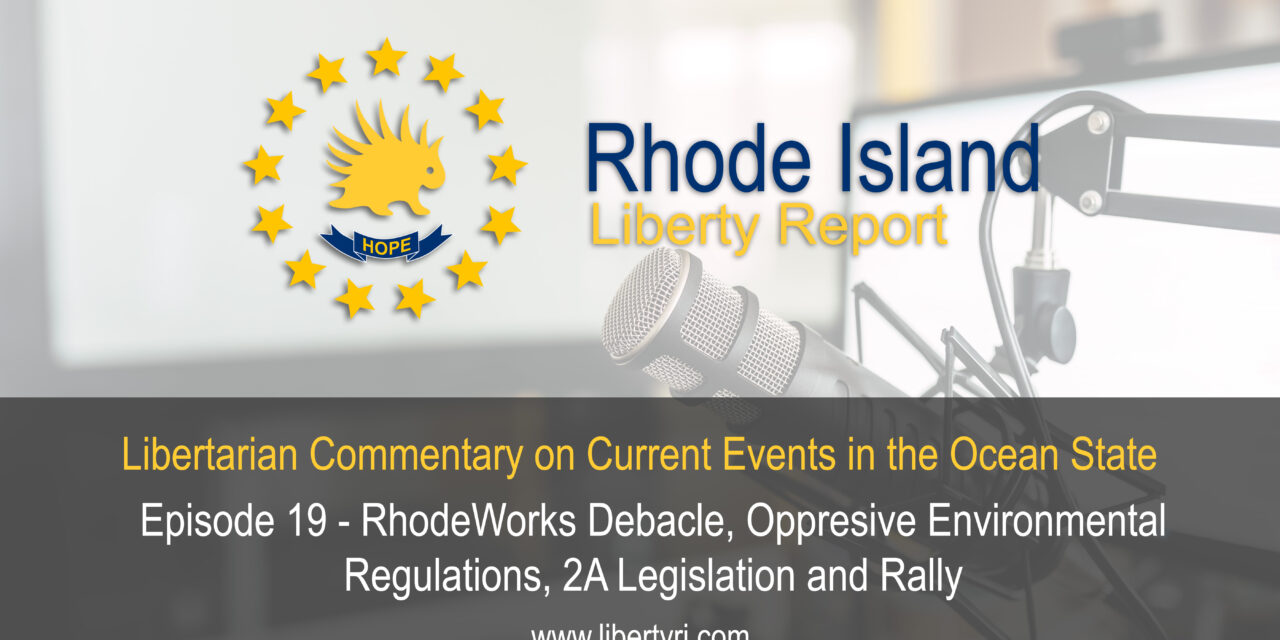 In this episode Bill, Shawn and Mike start off with a plug for Bill’s appearance on Lively Experiment with Jim Hummel, Congratulate Bill on his new position as Chair of the Libertarian Party of RI, and a status update from Shawn on the RI Debt. Bill discusses what’s going on with RhodeWorks. Shawn explores some of the environmental bills and regulations we’re all going to be forced to comply with and Mike talks about the long list of gun legislation threatening the rights of Rhode Islanders and a rundown on the recent 2A rally at the statehouse.