The Truth About the “Saylesville Massacre” 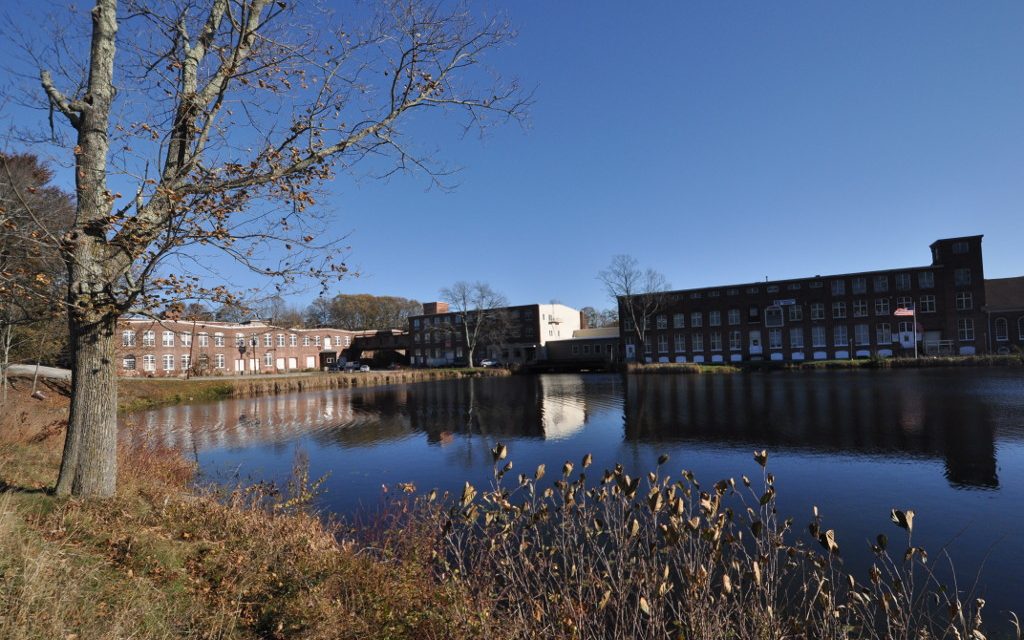 Earlier today, Lt. Governor candidate Aaron Regunberg posted to Facebook honoring the victims of what is known as the “Saylesville Massacre.” 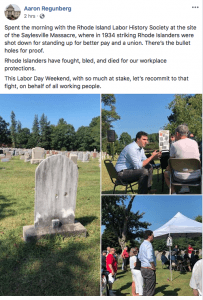 Mr. Regunberg’s account of this event is incredibly misleading.  According to Wikipedia, several thousand textile strikers picketed the local mill (very few of whom were associated with the mill) with the intent of shutting it down.  Although many of the workers at the mill chose not to strike, some did, and the mill had hired replacement workers to fill their positions.  The strikers were there to make sure they would not be able to do there jobs.  When two of the strike breakers tried to push their way through the picket line, the union protesters physically prevented them from doing so.

A Providence Journal article from September 8th, 2009 stated, “Joe Deslauriers said that his father worked in the mill for 44 years and was inside the Sayles plant when union protesters surrounded it.  For days, they couldn’t leave the mill…”

The Providence Evening Bulletin reported on the incident  on September 12th, 1934 in an article that stated, “The most stubborn fighting occurred in the Moshassuck Cemetery.  Here hoodlums hid behind tombstones and pelted the troops with large rocks and other missiles…when the guardsmen with rifles and bayonets and clubs charged into the cemetery, a pitched battle developed over the long dead, and charging feet tore up clods of earth from the graves.”

At the end of the fighting, one striker was dead and several injured.  The most famous historical parallel to the Saylesville incident was the “Boston Massacre,” an event that was propagandized and distorted from the very beginning.  John Adams, future President of the United States and founding father, successfully defended the British Troops in a court of law and convinced the Jury that the troops had been attacked with rocks, ice, and clubs before the shooting began.  Also, witness testimony confirmed that the order to “fire” was not given by the commanding officer, but by one of the protesters, an order erroneously followed by one of the British Troops.

In short, the victims of the Saylesville incident were not shot at because they were, as Mr. Regunberg claims, “standing for better pay and a union.”  They were shot at because they violently attacked Rhode Island Guardsmen, after starting a riot, after threatening replacement workers and private property.  Such tactics by unions were commonplace at the time and continue to this day.