Why Private Property is a Fundamental Human Right 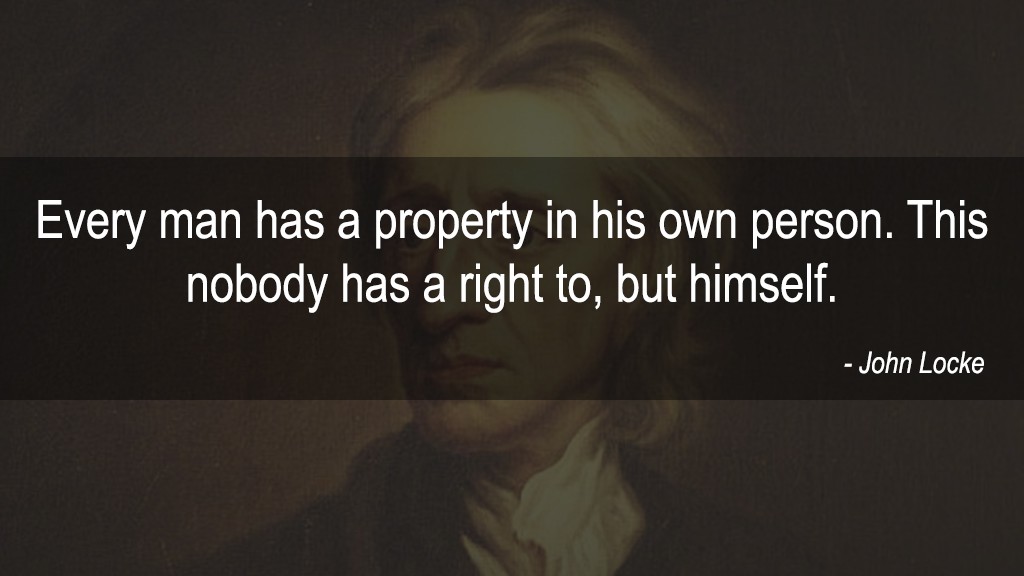 In order to understand why libertarians and other advocates for private property are so committed to the cause, one must go beyond the discussions of economic theory and calculation and delve deeply into the moral underpinnings of the principle itself.  Let me be clear, the economic analyses are extremely important, but we cannot shy away from the moral debate currently laid at our doorsteps by those who believe private property is oppressive, exploitative, and a violation of basic human rights.

The socialists lost the economic argument a generation ago with the total collapse of the Soviet Union.  And despite their enthusiasm for Nordic “democratic” socialism, their use of these models to make economic arguments for socialism falls flat when one realizes that the Nordic countries have more economic freedom than the United States, despite their high levels of income redistribution.  These countries have far fewer regulations and less government intervention into the marketplace than we have here in the United States, and while their individual income and sales taxes are high, their corporate taxes are extremely competitive on the world stage.  All that being said, the Nordic countries are finding themselves in the position of enacting austerity measures in order to get their wildly expensive social programs under control.

As such, the only argument the socialists have left is the moral argument; namely, the idea that socialism is a morally superior economic system based on equity and fairness, whereas capitalism is a system based on hierarchies and economic inequality.  However, the deeper one digs into the question of morality the more one is compelled to recognize and defend the moral superiority of what is, unquestionably, the cornerstone of the free market; private property.

So where does the right to property come from?  John Locke famously listed property amongst two other basic human rights: life and liberty.  Why?  How does one get from life and liberty to property?  The answer boils down to what are commonly known as natural rights.  Natural rights are, quite simply, rights that we are born with.  They are rights that we retain by our very existence and they do not require outside influence.

For example, when we are born into this world, we are alive, we are breathing, our hearts are beating, and our brains are abuzz with countless neurons firing at lightning speed.  This life can not be given to us by any person or government, it can only be taken away.

Finally, we are born with the body itself.  Our hands, legs, brains, hormones, skin, and nervous system are all elements that make up what we collectively call, the body.  Our bodies are our property.  Each individual owns their own body.  No other person or government can claim ownership over the body of another, a body they themselves were not born with.  It is in the gift of our bodies that we find our right to property.

Now let’s think for a minute about what happens when we use our life (vitality), our liberty (abilities), and our property (the body) in the world around us.  The moment an individual uses these rights to make a good, cultivate land, or engineer a design, these items become the property of the individual who creates them.  In short, people have a natural right to the fruits of their own labor.

In most cases, these fruits manifest themselves in the form of wages.  Most of us rent out our labor to an employer for monetary compensation.  In these cases, we have what they need (labor) and they have what we need (money and the means of production).  We voluntarily trade our ownership of the services we provide and the goods we create in exchange for the use of their production apparatuses and wages.  Therefore, in this case, the wages themselves become our property.  As a result, we have a natural, inalienable right to this property.

After we collect our wages, we use the money to buy things from others.  The people with whom we trade voluntarily exchange the ownership they hold over their goods and services for our money.  It’s important to think of money as, basically, a representation of labor.  When we use our money to buy things, we are trading our labor for the labor of others.

And here’s the bottom line…socialist policies against private property are an immoral affront to our birth rights.  There is no way around it.  Using the government to threaten the life and liberty of an individual in order to strip him or her of their property is a moral calamity.  It is a form of involuntary charity.  It supposes to love one neighbor while violating another.  As a result, all forms of compulsory taxation are an egregious attack on the rights of human beings.  All forms of prior restraint like business regulations and laws against personal behavior are violations of our right to do with our property as we wish.

The only restriction on these rights is that we cannot use them in an aggressive fashion to violate the same rights in another, and this is exactly what socialism proposes to do.  It takes an organic system of voluntary exchange and cooperation and turns it into a rigid scaffolding of compulsion, prohibition, and restriction.  If an individual is to transfer their property to another, it must be done voluntarily.  Consent matters.

Now, in any society there will always be moral actors and immoral actors.  In a socialist society that uses government as the great organizing principle in the lives of the people, immoral actors can use the monopoly on force to do whatever horrible things they desire.  For historical examples, see both Nazi (nationalist socialist) Germany under Hitler and communist Russia under Stalin.  However, in a libertarian society based on private property, where the great organizing principle is the marketplace, immoral actors must compete with countless others for influence in society.  Their ability to obtain a monolithic stranglehold on society is limited to their ability to adequately satisfy the wants and needs of the consumers, and the moment they cease to do so, consumers will take their resources elsewhere.

In short, immoral actors in a free market cannot use a monopoly on force to compel and coerce consumers into patronizing their businesses.  Force itself, in a free market, would be as competitive and variable a commodity as any other good or service.  As long as the people themselves desire a moral society in which to live, the libertarian framework will provide them the ability to demand moral actors in the marketplace.

Without the unabridged right to private property, the individual is unable to achieve their full potential as a human being.  The moment property rights are infringed upon, the individual becomes an indentured servant to the state.  A portion of their body is, in effect, owned by the government and used by the state to produce the funding necessary for its activities.  There can be no doubt, for any reasonable and honest person, that this arrangement is wholly immoral and an unconscionable aggression against the rights of individuals in our society.

A moral society is a society based on consent, voluntary action, and an unwavering respect for the natural rights of individuals everywhere.