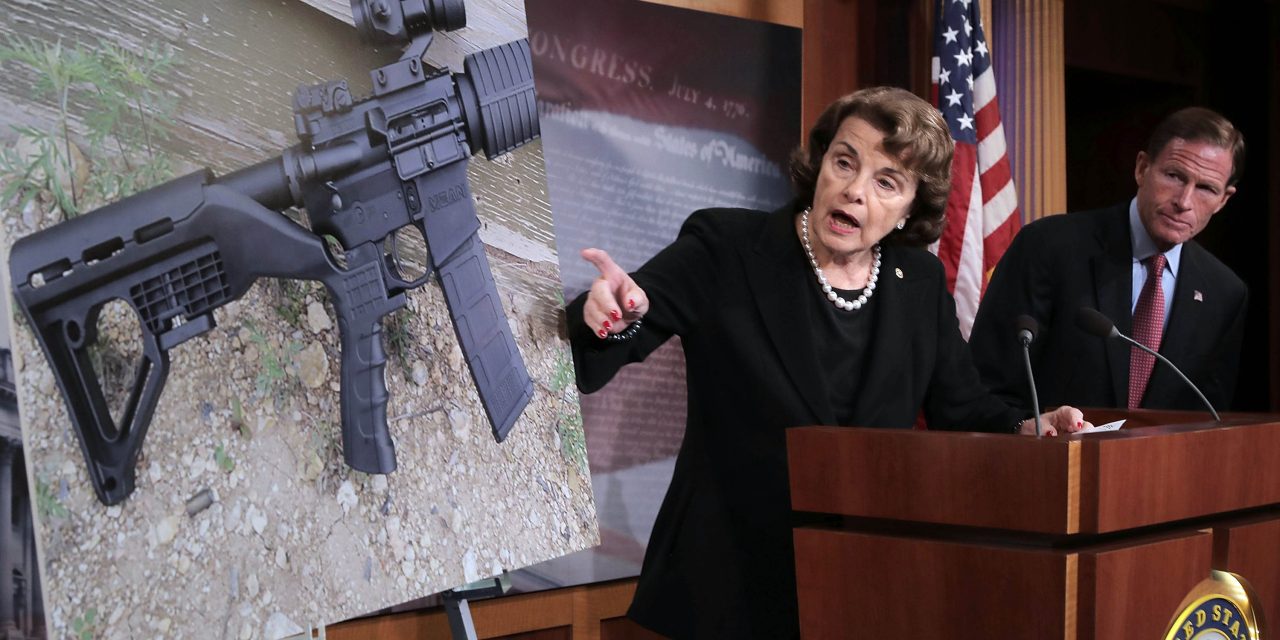 The RI Congressional Delegation has signed on to Legislation to ban so-called bumpfire stocks and similar devices.

A Machine Gun is defined by US and RI Statute as:

any weapon which shoots, is designed to shoot, or can be readily restored to shoot, automatically more than one shot, without manual reloading, by a single function of the trigger. The term shall also include the frame or receiver of any such weapon, any part designed and intended solely and exclusively, or combination of parts designed and intended, for use in converting a weapon into a machinegun, and any combination of parts from which a machinegun can be assembled if such parts are in the possession or under the control of a person.

any weapon which shoots, is designed to shoot, or can be readily restored to shoot automatically more than one shot, without manual reloading, by a single function of the trigger. The term also includes the frame or receiver of the weapon, any combination of parts designed and intended for use in converting a weapon into a machine gun, and any combination of parts from which a machine gun can be assembled if the parts are in the possession or under the control of a person.

The term bump fire comes from a technique where the shooter uses the recoil of the firearm to actuate the trigger in a rapid motion and therefore multiple functions of the trigger and therefore complying with the single function requirement noted above.

While as seen in the video, a device is not required to employ this technique, several have been created to assist the shooter. Generically called Bump Stocks this allows a person to shoulder the firearms making the action safer and less likely for the firearm to go out of control. Other devices have also been created to comply with the single function rule as well while increasing the rate of fire.

As we understand it, the intent of this legislation is to:

…ban bump-fire stocks, trigger cranks or any device or accessory that accelerates the rate of fire from a semi-automatic weapon.

It is presumed that the point is to make these devices out of the market so that criminals cannot obtain them for use such as the Las Vegas shooter did. Somehow this legislation would magically eliminate these devices from the earth rendering them unobtainable from the psychopaths that intend to use them for evil. However, as most intelligent people know, criminals do not obey the law otherwise they would not be criminals. They will find a way.

So how you might ask? Well in the era of modern technology and 3d printers, it’s not difficult. Let me google that for you. The files are readily available on GitHub.

This would, of course, require some technical know-how as well as a 3D Printer. Not difficult but not necessarily in every household. But with a little bit of motivation some ingenuity and simple tools and materials it’s still not very difficult to achieve:

Still, this required some parts and modification to the firearm, maybe carpentry is more your thing.

Finally, what if you just couldn’t figure out how to put a piece of pipe through a piece of wood. How about just a stick?

The point is no law will ever keep someone from doing what it is they want to do. THis is just more feel-good legislation that penalizes law-abiding citizens.

Of course, the reply always seems to be “but who needs one of those things”  Same could be said for this: 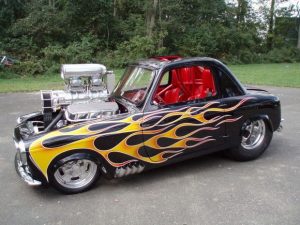