What a Drag, Man 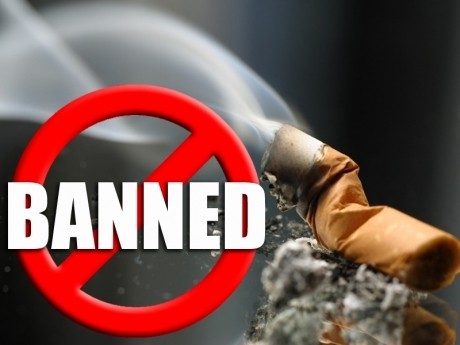 This past Thursday, the North Providence Ordinance Committee voted to send a proposed smoking ban for all town parks to the Town Council for a vote.  The ordinance, should it prevail, would prohibit individuals from smoking in any town park, playground, or recreation area.  I am not a smoker, but as a Libertarian and resident of the town in question, I am deeply troubled by this proposal.  But, as is often the case, liberty cures all ills.

Now, council members have put forward multiple reasons for instituting the ban.  All but one of these reasons is a valid concern.  Interestingly, if the council would adopt a libertarian mindset when considering this issue, they would find a fair and equitable solution to the problem without restricting anybody’s liberty.  For good measure, I’d like to address all the justifications for this ban one by one.

COUNCILMAN GUISTI:  SMOKING IS BAD FOR YOU

Clearly, smoking is bad for you.  I doubt anyone would disagree with that statement.  However, there are lots of things that are bad for you.  What about fast food?  Should we ban all individuals from eating fast food in town parks because it’s bad for them?  Oh, and candy!  Candy is not only bad for your health, but its bad for your teeth.  Should we ban candy in all town parks because it’s bad for us?  Shouldn’t we prohibit people from drinking Coca-Cola in all town parks?  Drinking too much of it can give you ulcers, among many other health problems.  These questions are rhetorical, obviously, so I’ll leave them there.

COUNCILMAN AUTIELLO:  CIGARETTE BUTTS ON THE GROUND ARE MAKING THE PARKS LOOK BAD

Now, I’m certainly not going to contend that the sight of cigarette butts littered around town parks creates a pleasing visual aesthetic for residents and those who visit our lovely town.  However, isn’t there already an anti-littering ordinance on the books?  Why isn’t this ordinance being enforced?  And, since this ordinance isn’t being enforced, why should we believe that the smoking ban will be enforced?  If the smoking ban won’t be enforced, isn’t this all just a big waste of time?  Also, are there enough trash barrels stationed around our parks?  And if so, are they the kind of receptacles that allow individuals to put out their cigarettes without throwing them on the ground and stepping on them?  We don’t want smokers throwing lit cigarettes into garbage bins now do we?  Give me a full trash barrel, a lit cigarette, and a windy day and I’ll give you a brush fire.

I say, if ordinances that are already on the books aren’t being enforced the problem we face isn’t smoking: we either have too many ordinances, or law enforcement is doing a terrible job.  In my opinion, the problem isn’t law enforcement, the problem is that there are TOO MANY LAWS.  Also, as with the “smoking is bad for you” argument, why are we only picking on smokers in regard to littering?  What about all the candy wrappers and plastic bottles?  Shouldn’t we make eating Snickers and drinking Poland Spring illegal because of all the litter they produce?  I’m sorry Councilman, but the litter argument doesn’t hold water…not even purified, bottled spring water.

COUNCILMAN WARREN: SMOKING SETS A BAD EXAMPLE FOR THE CHILDREN

Certainly, the action of adults can affect the behavior of children.  But again, why stop with smoking?  Do we really want our children to see a man scarf down a big mac and super-sized order of french fries?  Won’t that encourage them to want to eat more fast food?  Ban them all!  No more McDonalds in our parks!  No more Burger King!  Get out of our parks, Wendy!  Why not ban smoking all together?  How can we continue to allow parents to smoke in front of their children!  Lock them away!  Oh, the humanity!

COUNCILWOMAN BRADY:  EVERYONE ELSE IS DOING IT

Just because a handful of other communities in the state have enacted similar prohibitions, doesn’t make it right.  I’ll let my grandmother handle this one: if your friend jumped off the Jamestown Bridge, would you jump too?

IS THERE A LEGITIMATE ARGUMENT HERE?

Interestingly, Councilman Guisti was quoted as saying that he didn’t personally believe that second-hand smoke poses a significant health risk.  However, health risk or not, second hand smoke is a nuisance.  One could argue that an individual who lights up next to a non-smoker is infringing upon their freedom to enjoy the public park, as well as their freedom of choice to not be exposed to cigarette smoke.  Why should the non-smoker be forced to move?  Despite all the silly reasons given for this ban, smoking in public places can be a legitimate infringement on the liberties of others.

Under the proposed plan, the liberty of the smoker is being stripped away.  So, is there a solution to the problem that protects the liberties of the smoker and non-smoker alike?  I believe there is.

Libertarian philosophy is a beautiful thing, largely due to its consistency and purity.  Applying that philosophy to the issue of public smoking CAN create a reasonable solution to what apparently has become a problem that individuals cannot solve between themselves; it is now a problem that government must solve.  And, make no mistake about it, government does have a role when it comes to public smoking.  When a smoker lights up next to a non-smoker they are infringing upon their liberties.  Likewise, when law enforcement approaches a woman smoking all alone in a public park, not bothering anybody, and orders her to pay a $10-$100 fine, those officers are violating the smoker’s liberty.  So what can we do?

It’s simple.  The town ought to enact an ordinance that addresses the issue from a standpoint of personal space: how do we establish our own personal space?  As it pertains to smoking, the ordinance should entitle a person to establish a 25 foot (or another distance to be determined) perimeter within which they can expect for their personal space to be respected.  This applies to both the non-smoker AND the smoker.

For instance, let’s say a person walks into a public park in North Providence, sits down on a bench, looks around, and sees that nobody is anywhere close to being within 25 feet of them.  Why should they be prohibited from lighting up a cigarette?  They aren’t bothering anybody.  And, should someone wander into their personal space after they had already started smoking, that person ought to assume all responsibilities for whatever they accidentally inhale.  Make sense?  It does to me.

The minute a person stands in one place and lights up a cigarette, the smoker has established their own right to personal space, and furthermore, their right to enjoy that personal space by smoking in a public park.  The same goes for the non-smoker.  If a non-smoker is standing with ten or fifteen other people watching a softball game, they have established a right to that personal space as a non-smoker.  If one of the people standing near them wants to have a cigarette, they must receive permission to smoke from every person within 25 feet of them, or, they must leave the area and find a spot that ensures a 25 foot perimeter within which they can smoke.

Libertarians believe that people should be allowed to make choices in their own lives that don’t adversely affect the lives, liberties, or property of others.  I believe this policy would protect the rights of both smokers and non-smokers to enjoy public parks, without violating the rights of one another.  To simply ban smokers from public parks is an affront to their freedom of choice to smoke.  Likewise, to force a non-smoker to endure your cigarette smoke is a violation of their freedom of choice NOT to smoke.  The solution is simple, fair, reasonable, and equitable.

As was said previously in this article, liberty cures all ills.