Large and In Charge 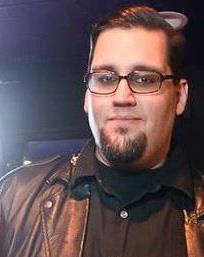 An Interview with the Newly Appointed State Director of the Johnson Campaign, Tony Jones.

Over the Memorial Day weekend, The Libertarian Party officially nominated former Governors Gary Johnson and William Weld as their Presidential and Vice-Presidential hopefuls for 2016.  The party convention was held in Orlando, Florida and for the first time was broadcast live on C-SPAN.  Each State sent a delegation to the convention, including Rhode Island.  One of Rhode Island’s three delegates to the convention was North Kingstown native and former candidate for Lt. Governor, Tony Jones.

Following the convention, Jones was officially named State Director of the Johnson Campaign in Rhode Island.  I had the opportunity to speak with the new director recently, about his new role with the campaign, and about why Rhode Islanders should give the Johnson/Weld ticket a serious look this November.

Although they have garnered some serious media attention in recent days, Gary Johnson and William Weld are largely unknown to the American Public.  Johnson was the Libertarian Party’s nominee for President in 2012.  He is a former governor of New Mexico, serving two four-year terms in the 1990s.  William Weld is a well respected former governor of Massachusetts, who also served two four-year terms in the 1990s.  Together, they make up a Presidential ticket with more executive experience than Americans have seen in quite some time.  But can they win?  Why should Rhode Islanders vote for them?  Who is this Tony Jones and how does he plan to deliver Rhode Island for the Johnson/Weld Campaign?

The following exchange took place recently between Jones and I, and he helped shed light on what liberty loving Rhode Islanders can expect from the Johnson campaign in the days, weeks, and months to come.

Q: Mr. Jones, what is your general background with the Libertarian Party?

A: I’ve been a member of the Libertarian Party since the age of 18. Unfortunately, the state party was held hostage for many years by a group of disgruntled Republicans before it went “dark” for many years. In 2010, I was part of a group that successfully reinstated the state party.  I was a candidate for Lieutenant Governor of Rhode Island in the 2014 elections, running on the “Cool Moose” platform to effectively eliminate the office if elected. This was the first time that the party had a statewide nominee on the ballot in a midterm year. Currently I serve as the at-large member of the of the LPRI state committee.

Q: How did you come to be state director of the Johnson campaign?

A: I had been keeping in contact with Gov. Johnson during the non-election season through Our American Initiative, a political advocacy committee of which I am the State Director and of which Gov. Johnson serves as National Chair.  I’ve been a supporter of Gov. Johnson for quite some time and was a Presidential Elector for him when he ran in 2012. Gov. Johnson was also kind enough to endorse me when I ran in 2014, so when I was asked to be 2016 State Director I jumped at the chance to be involved.

Q: What does your new role as state director entail?

A: The next step will be ballot access.  We will file Gov. Johnson’s paperwork with the RI Sectary of State at the end of June.  We will get the petition sheets on July 6th and then we have to submit 1,000 verifiable voter signatures (dealing with about a 40% rejection rate).  The good news is we have until Sept. 9th to get everything turned in. After that, the work will be focused on a get-out-the-vote effort throughout the state: making sure people know about the Johnson/Weld ticket, the LPRI, local Libertarian candidates and what they stand for. My strong suit is “retail politics” but we will also be doing as much media a possible.

Q: Why are JOHNSON/WELD the best choice for President and Vice President?

A: We need a champion for small government.  As President, you can count on Gov. Johnson to make government accountable for every dollar it spends.  Neither Clinton nor Trump will cut the size of government. Gov. Johnson was referred to as the ‘most fiscally conservative Governor’ when he was Governor of New Mexico from 1994-2003. A successful businessman, Gov. Johnson built one of the largest construction companies in New Mexico.  Gov. Johnson brings his business-like mentality to governing, believing that public policy decisions should be based on costs and benefits rather than strict ideology.  Gov. Johnson is best known for his veto record, having vetoed more than 750 bills during his time in office. New Mexico was one of only four states in the country with a balanced budget.

Q: What are your hopes and expectations for JOHNSON/WELD in RI?

A: Thanks to the choices made by the Republicans and Democrats, as Libertarians, we have an opportunity to make history in this election. I am of the opinion that Gov. Johnson can be realistically be elected our next president.  The current disapproval ratings of Clinton and Trump are both over 60%.  As Krist Novoselić of Nirvana fame recently said, I think the Johnson/Weld ticket can capture imaginations and bolt to the top.  On a separate note, The LPRI can become a state recognized party if the ticket receives at least 5% of the votes.  A recent national poll has Johnson receiving 10% and another national poll shows 44% of registered voters would want a third option besides Republican nominee Donald Trump and Democrat nominee Hillary Clinton.

A: Libertarians cherish individual freedom.  We are fiscally conservative and social cool.  In essence, we offer the best parts of both major parties. The Libertarian policies of a free market economy and good governance could significantly improve the economic climate in the state while Libertarian social policies would allow all of us to love, worship, trade, and live as we best see fit, as long as our actions don’t infringe upon the personal liberties of others.

Q: What would you say to BERNIE SANDERS supporters who might be looking for a third option?

A: I want Sanders Supporters to keep in mind that they don’t owe their vote to the Democratic party.  As free people living in a Constitutional Republic, they can vote for candidates who deserve the office they are running for on their own merits. While I can guarantee that we don’t agree much on economics, we can stand together on social issues.  After the democratic primary is over, be sure to Google Gary Johnson.

Q: Can JOHNSON/WELD effectively work the Sanders narrative on crony capitalism and corporate welfare (the “rigged game”) while also conveying the free market solution to the problem?

A: Gov. Johnson recently mentioned that he agrees with 73% of what Sanders has to say.  Some Libertarians even agree with socialism so long as it is voluntary, as most Libertarians believe in what is called the non-aggression principle (NAP). I think as Sanders supporters start to do more research and learn about things like the non-aggression principle and free market economics they will be drawn to Gov. Johnson.  It’s important to learn facts, not fear.

Q: What would you say to never trump folks looking for a third option?

A: The overlap between the GOP and Libertarians generally lies with small-government conservatives that prefer the least intrusive version of government possible.  Mr. Trump has promised a deportation force, an ever expanding social safety net, and religious tests.  Meanwhile, the Libertarian Party has nominated what is probably its most qualified ticket ever, in terms of real executive experience in government.  For small-government conservatives, that might be enough to justify voting for Johnson/Weld.

Q: Are there any other members of the RI for Johnson campaign staff, who are they, and what are their roles?

A: With the national Libertarian convention taking place just this past weekend, the formal campaign in RI is just days old. We hope to add more formal roles as we move forward and, of course, will be looking for volunteers. If anyone reading this is interested, please feel free to contact me anytime: [email protected] or @tonyjonesinri on twitter. We also have social media accounts set-up and a Facebook group for activists in RI.

Q: Will the GARY JOHNSON ticket make a campaign stop in RI?

A: We are looking to get both Governors in for a visit to Rhode Island. There will be more information on that soon.  Gov. Weld is very close by, in Massachusetts, so we are hoping the convenience factor will increase his availability to visit.

Q: Are you considering another run for office in the near future?

A: While I don’t what to take anything away from my role with Johnson/Weld 2016, I do have a few local races I am currently considering.  To me, it’s all about where I think I can do some good and, on both the state and local levels, I am seeing some opportunities there.  I will most likely wait until the filing deadline to make my finial decision.

The national campaign site is:  https://garyjohnson2016.com/