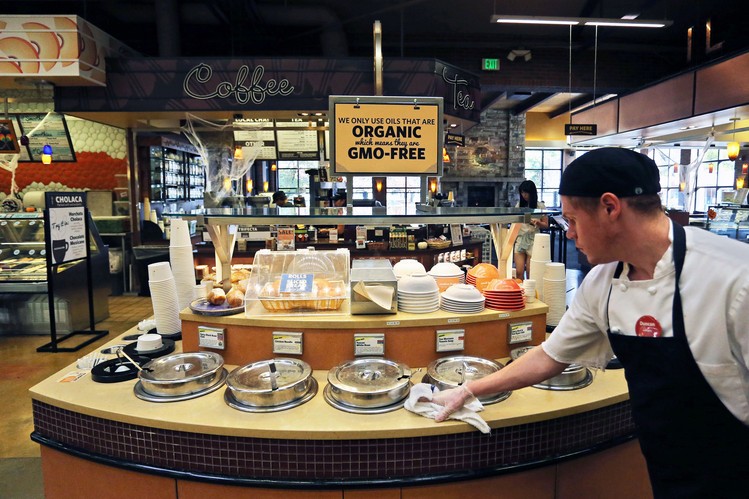 Typically we at liberty RI praise Rep Blake Filippi an organic cattle farmer and practicing attorney, for his pro-liberty positions on most topics. However, in the news recently “Filippi backs GMO labeling bill at hearing” the representative seems to have veered off course.

AN ACT RELATING TO FOOD AND DRUGS – GENETICALLY MODIFIED ORGANISMS (Requires all food businesses, with the exception of restaurants, that have gross sales of over $500,000 to post a sign informing their customers that all their food products contain modified organisms, unless their labels say otherwise.)

I contacted Rep Filippi through his facebook page and asked for the purpose of the Bill and why the need to inform consumers about GMOs. This was his Response:

Here’s the Libertarian argument in support of this:

If government is going to mandate food-labeling, it should include GMO information, which, in my opinion, is more important than, say, calories. Current labeling laws essentially tell consumers “all you need to know is on this label” — and they don’t investigate products any further.

Labeling should tell the whole story. Otherwise, eliminate labeling altogether so the consumers aren’t given false security, and then they’ll investigate on their own.

I am going to to have to respectfully disagree with the Representative that this is a libertarian argument. The idea that since government mandates labeling we should expand on that cycle of force is flawed especially when there is no clearly defined reason to focus on GMOs. Mr. Filippi states that “If government is going to mandate food labeling, it should include GMO information” Why? And based on that logic why not mandate foods be labeled Non-GMO as well?

So it is safe to say the sponsors of this Bill have for some unclear reason deemed it necessary to use government force and mandate business owners post signage alerting consumers that they sell products that may contain GMO’s. It is unclear as to why the default position focuses on products that contain GMO’s and no mention of mandating informing of those that that do not use GMO’s. Hopefully we can get some clarification.

However, if the real goal is to inform the public (for some unknown reason) then why use government force and impose burdensome regulations on the business owner? How about incentivizing the posting of this information? Give the owner a tax break for posting signage informing their customers that they sell GMO and/or Non-GMO products. This would be a far more palatable and pragmatic liberty-leaning position than the current mandate proposed by HR 7255.

All that aside, the reality is the free market already provides a simple solution, when there is enough incentive to where Non-GMO foods are in high demand then free market forces voluntarily incentivize companies to label their foods non-GMO and we are seeing this already. This is the true libertarian position, leave the government out of it and let the free market work.

Hopefully, we can persuade Rep Filippi that there are alternatives and he will reconsider his position on this legislation. Of course, we continue to support him in his other efforts that promote the cause of liberty.

As of February 9, 2016 the bill has been held for further study and let’s hope it dies a rightful death. In the meantime,  we urge you to contact your Representatives the Bill Sponsors and Assembly leadership and voice opposition to this Bill.