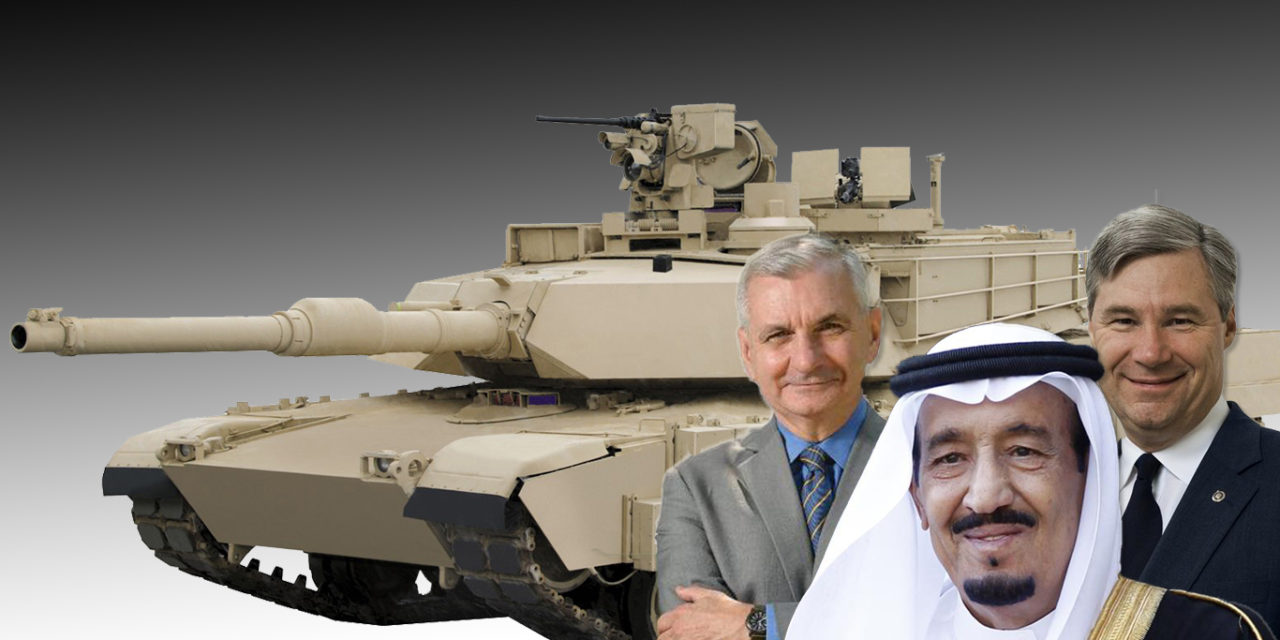 This past Wednesday, the United States Senate voted down legislation that would have blocked the sale of $1.15 billion worth of tanks and other military equipment to Saudi Arabia. The arms deal was approved by the State Department in early August and includes more than 130 Abrams tanks, 20 recovery vehicles, and other instruments of war. According to Reuters, General Dynamics Corporation is the main benefactor of the deal.

Both of Rhode Island’s Senators voted against the bi-partisan measure introduced by Republican Senator Rand Paul of Kentucky and Democratic Senator Chris Murphy of Connecticut. In doing so, Senators Reed and Whitehouse have signed their names to an arms deal that will undoubtedly cause more bloodshed in Yemen, where forces loyal to the Saudis have been fighting with forces loyal to the Iranians for more than 18 months. So far, the war has killed more than 10,000 people and has caused more than 3 million to flee their homes.

The United States has no business interfering in a conflict between two foreign nations. The act of selling arms to the Saudis (a nation that was recently exposed as a principal source of aid and comfort to the 9/11 hijackers) is nothing more than an act of aggression on the part of the state towards the Iranians, albeit an indirect act. To say that our Senators’ votes against the legislation blocking this deal are a disappointment is an understatement. The deal is an expansion of the military industrial complex and allows contractors like General Dynamics to continue in the practice of war profiteering.

Jeffrey Geiger, a Vice President at General Dynamics, also happens to be the President of Quonset based Electric Boat, the nations premier submarine builder. It is currently unclear how this particular deal will impact the Rhode Island company, however, considering the Rhode Island Delegation’s vote against killing the deal on Wednesday, it would be surprising if Electric Boat wasn’t awarded a share of the contracts.

Liberty-loving Rhode Islanders should continue to stand firm against the use of our tax dollars to fund the Federal Government’s aggressive actions via the arms trade, which injects us all into wars between foreign nations, wars in which we have no business involving ourselves. There is nothing defensive about supporting an arms deal with a foreign power that allows them to continue in a war that has caused nothing but suffering and death for millions of innocent civilians. Rhode Islanders who want peace are steadfast in their adherence to the non-aggression principle, and utterly reject the positions of Senators Reed and Whitehouse on this issue.