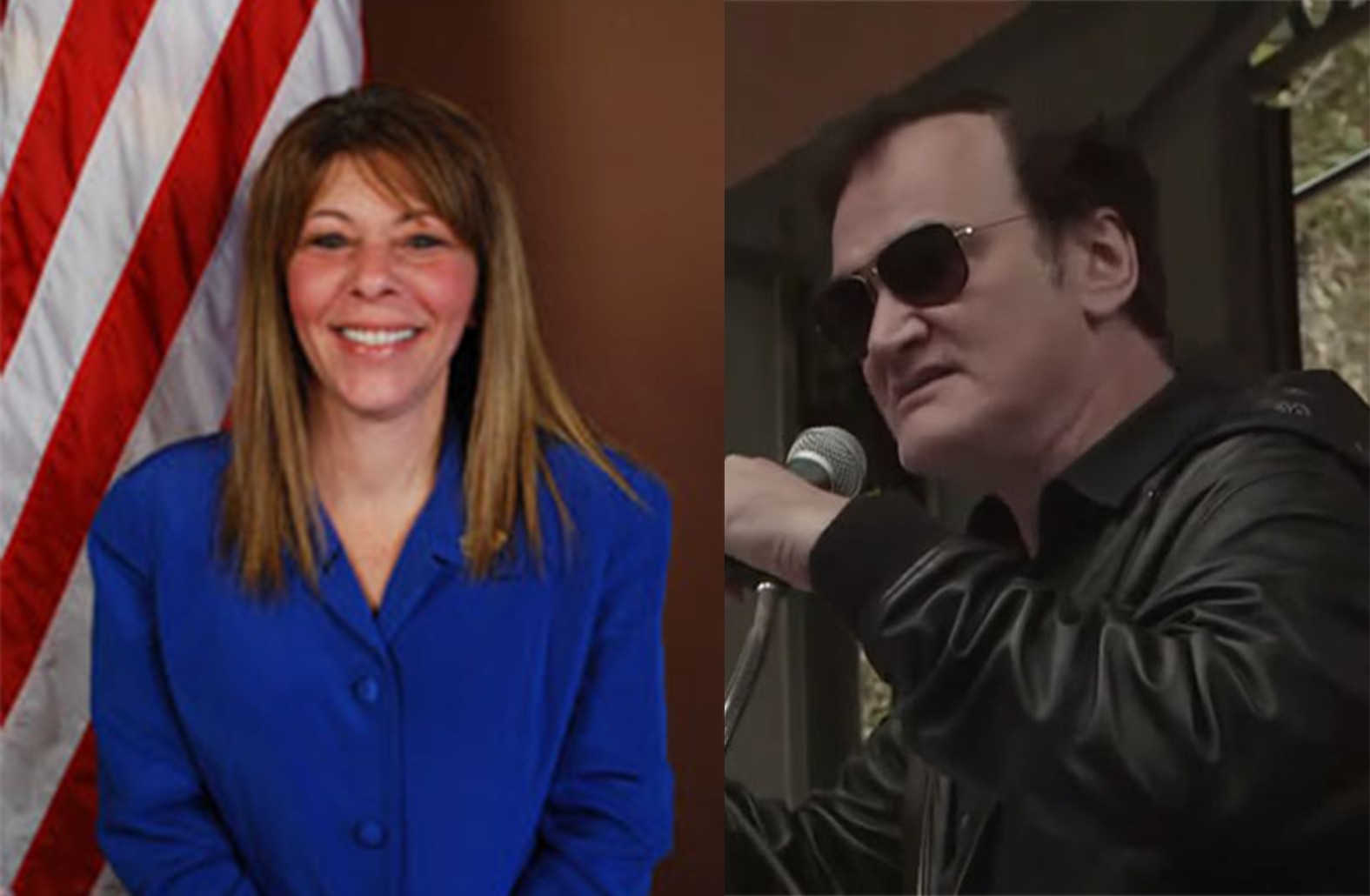 Recently Quentin Tarantino spoke at a rally against police violence in NYC. There’s a lot of controversy surrounding the following statement he made:

So let’s break this down. For starters, Tarantino did not call “all police officers murderers.” as stated by Representative Costa. It is quite clear that he called a select few murderers. Scumbags like this:

One has to ask, has Representative Costa chosen to ignore what he said and twisted his words for political reasons, or does she have a comprehension problem and didn’t quite understand the point of his statement?

If it was the former, does the Representative not think that Police officers breaching the public trust and harming the citizens they are charged with serving is worthy of challenge or outrage? Or, maybe she’s so blinded by her love of authority she’s in denial and doesn’t think this sort of thing actually happens?

If it was the latter, should we be concerned that there is an elected Representative in office that cannot comprehend a simple statement such as this? How can we expect her to negotiate complex issues?

Or maybe it is neither, and she merely misunderstood and we can expect her to retract her statement.

She goes on further to criticize his movies that “promote violence and murder” with apparent disgust. Aside from the fact that the fictional content of his movies has nothing to do with his opinion of what happens in the real world, she presents an interesting dichotomy. On one hand, she abhors the violence in Tarantino’s movies, on the other she is perfectly OK with government initiated violence, justified or not.

In her second “point” Representative Costa claims that if his house was robbed the “…first person there would be a police officer to protect you [Mr. Tarantino].”

What to focus on here? The fact that police have no constitutional obligation to protect us as ruled on by the US Supreme Court in  Warren v. District of Columbia back in the early 80’s and numerous other court rulings. Nor can this be done in reality since it would require a police officer to be present prior to any criminal act taking place. In essence giving each of us our own personal bodyguard. Except for instances where the thief is still in the house, the damage is done, you’ve already been robbed. This is quite a curious position seeing that Representative Costa is such a fervent supporter of gun rights. You would think she would understand that it is up to the individual to protect themselves, because contrary to the propaganda that is painted on the side of many of their cars, the fact is, the police will most likely not be there to protect you when you need it.

So never mind that the Representative doesn’t understand (or chooses to ignore) the case law and how this plays out in the real world, the real issue is that, according to her, if you criticize the police, this somehow disqualifies you from calling them when needed to perform the legitimate service we all pay them to provide. That logic is quite absurd. The government is going to steal your property in the form of taxes to fund a police force, but if you speak out about crime they have committed, you are not allowed to call them for any legitimate reasons?

She closes her diatribe by again showing her authoritarian tendencies and telling Mr. Tarantino to “…pack up and leave the country” stating that she’d even help him do it. Apparently if you do something that is contrary to what Representative Costa thinks is acceptable you have forfeited your citizenship, unless it is something she agrees with, then descent is OK. This sort of hypocrisy is indicative of a tyrant, “do as I say, think as I think, or be gone with you.” It seems that critical discourse is not allowed in Representative Costa’s version of our country.

There is a trend on the neocon right where people that criticize police injustices are automatically labeled as cop haters or anti-police. The fact is when a cop betrays the public trust it is an egregious act and he or she should be called out and their acts should make front page news and their crimes against the citizenry should be met with the harshest of punishments. We should see criticism and condemnation from their peers as well as their supporters instead of excuses. We’re quick to criticize the community leaders for not condemning or discouraging violence within their communities why should we expect different from the government?