Rhode Island should give up on ‘muh roads’ 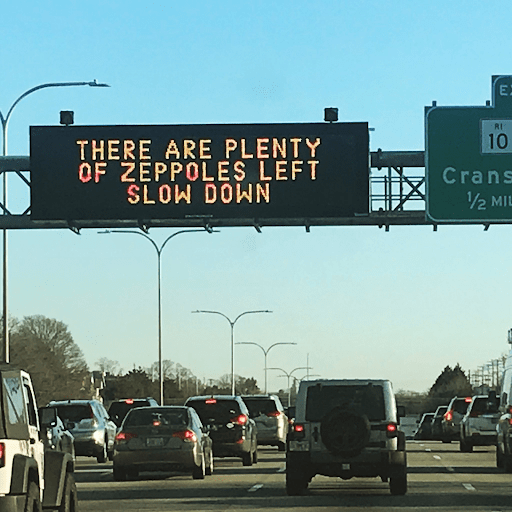 It’s no secret that the roads in Rhode Island are horrible, being consistently ranked having some of the worst infrastructure in the country. This week, the White House released a ranking of each state’s Infrastructure relative to funding to be made available in the proposed American Jobs Plan. Concerning Rhode Island, it stated:

“…there are 148 bridges and over 860 miles of highway in poor condition. Since 2011, commute times have increased by 10.2% in Rhode Island and on average, each driver pays $845 per year in costs due to driving on roads in need of repair.”

That’s really bad…considering that the RI DOT only has responsibility over 1,100 miles of roadway and 1,178 bridges. 78% of our roads are classified as being in poor condition (albeit, no surprise to Rhode Island drivers), and apparently costs RI drivers $636.4 million per year (with 753,143 RI drivers in 2016) – we really need to ask ourselves, “where all the money is going?” – how deep are those potholes?

Hang on. I just got deja vu:

Senator Jack Reed (D-RI) would blame former President Trump for RI’s crumbling infrastructure on making investments in the US-Mexio border wall while taking in another $70 million for the DOT slush fund. Since then, RI has received another 2 INFRA grants to replace the Northbound Providence Viaduct on I-95 ($60.3 million ) and for Route 146 Improvements ($65 million), and 3 BUILD grants for the Washington Bridge ($25 million), Construction towards the Cranston Canyon ($21.3M), and Quonset connector ramps ($4 million).

If the White House is going to point towards decades of issues with our roads RI, it certainly is not at the lack of funding – but rather a lack of appropriate management at all levels. From then Providence Mayor turned Representative David Cicilline (D-RI)’s $3 million Pedestrian walking Bridge in Providence that exploded to $22 million in costs, to former Governor Gina Raimondo (D) slapping her name on every RhodeWorks sign, it is clear that Rhode Island politicians love infrastructure spending. However, one look at any urban or rural road (RI having the worst rural roads in the entire country) is a clear indication that the monopoly on asphalt the state has is not working.

In a quarterly report released by Peter Alviti, director of the RI Department of Transportation, there have been over $385 million in contracts awards given since October 2019 to December 2020 that were > $500,000 in value. It also indicated that in 2019, the condition of Rhode Island’s bridges ranked 51st out of all the states (including District of Columbia) – making them the worst in the United States.

Another interesting statistic revealed was that the RI DOT is making negative progress towards the sustainment of bridges in the state, with the amount of square footage of poor condition bridges surpassing any positive improvements made by 23%. It’s all falling apart faster than they can patch it back together.

Will throwing more money at the RI DOT fix the problem? It’s hard to see any progress made on anyone’s commute to work. The revised 2021 DOT budget sat at $691 million, with $770.6 million proposed for next year. Don’t forget about the $5 billion committed for Rhodeworks already in progress, which is supposed to “provide for the planning, execution, management and funding to bring Rhode Island’s infrastructure into a state of good repair by the year 2025” spending $81.26 million to pave 100 miles of roadway and driving the trucking industry away from the state through unconstitutional tolls. Rhode Island has traditionally increased taxes and fees to fund these efforts, to include hikes to the gas tax and motor vehicle registration fees. The Reason Foundation points out that Rhode Island spends more money per mile than most states, (don’t blame the snow),  yet has one of the smallest state-run highways in the country. In comparison, New Hampshire has a larger highway system, more drivers, spends less per mile than Rhode Island and many other states – yet has roads and bridges in much better condition.

If 78% of our roads in 2021 are in poor condition, I struggle to see how the RI DOT is going to get it there in 4 years at the completion of the RoadWorks plan, regardless of the funds allocated. The condition of the state-run infrastructure is directly correlated to the inadequate administration of these projects by the state, as evidenced by both the condition of the roads and the excessive spending. It is clear that the state of Rhode Island does not have the incentive to perform in this area (they are frequently rewarded with higher budgets year-over-year and a pool of federal funds), regardless of how they are doing.

The Privatization of Roads and Highways by Walter Block points out a few reasons for this phenomenon, and why we should look to privatize roads in Rhode Island. In a free market, a business must perform to a certain standard that would please their customers, with the incentive being profit. Poor performance would result in losses, competition would naturally overcome lackluster services and products to answer both the market opportunity and the need of the consumer. Applied to ‘muh roads’, we have no current alternative to the RI DOT, which has resulted in increased costs, unsustainable highways and crumbling bridges (no competition, who else is going to fill that pothole?).

It might be difficult to imagine a private road system but think about all the other services and products we derive from private entities that are not inherent to the state (Amazon, Stop & Shop, Dunkin, any other effective organization). The same basic economic and consumer notions applying to those scenarios would also apply to the private roads (imagine if you had to get your toilet paper or iced coffee from the state…..yikes). Now on the flip side, imagine if roads were run by a private organization. They would certainly be held accountable for safety standards on the roads, or risk being liable for damages (or worse, a highway death) by both consumers and the government. Innovation and efficiencies would lead to less traffic, safer roads, higher standards, and more streamlined transportation – all because there is an incentive to perform in a business and in the market, in contrast to the current government administration of roads. Revenue could be raised based on subscription fees, or even advertising or leases on adjoining property. We stall innovation by letting the RI DOT mismanage our infrastructure.

At the end of the day, it’s people that make the roads, not the government. It’s time to end the government monopoly on the application of asphalt. We might as well try something different in Rhode Island – it is clear what we are doing now is not working. Besides:

Liberty RI recommended reading: The Privatization of Roads and Highways