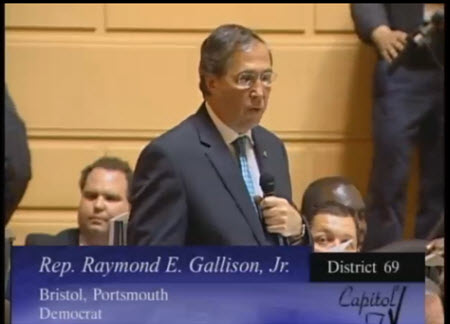 It never seems to end. The RI State Representative recently in the spotlight during the Roadworks legislation for berating Rep Particia Morgan appears to be resigning according to reports on several news outlets.

According to a Channel 10 “Federal probe targets RI lawmaker; investigation linked to prostitution“:

While specific details of the probe remain confidential, sources told the NBC 10 I-Team, the investigation involves prostitution. A federal grand jury has been called and has heard from witnesses, according to a source with knowledge of the investigation.

Gallison was fined $1600 earlier this year for poor accounting of campaign contributions. Of course he is, or was, in charge of the House Finance Committee.