Reefer Madness, hanging on by a thread 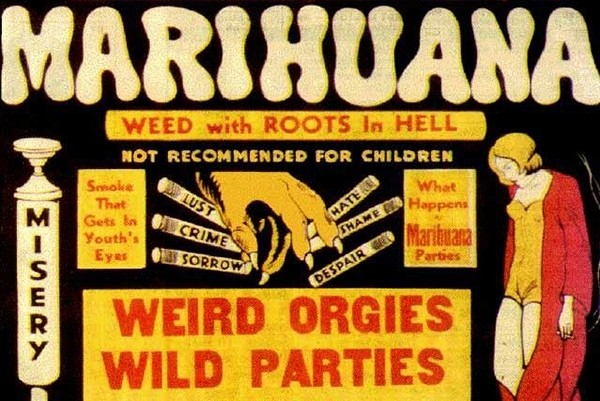 In watching the RI House Judiciary Committee hearing on cannabis legalization last night it was clear that there is far more support for than against legalization. I did notice a trend with the few opposition speakers however that they would take a symptom of prohibition and give it as a reason to NOT legalize it.

“I hear people say weed is safer than alcohol but weed isn’t labeled like alcohol so you don’t know what you’re getting.”

This is obviously the result of prohibition and honestly shouldn’t even require an explanation.

Speaking from personal experience it was, and I’m sure still is, much easier for a teenager to get Marijuana than alcohol. The fact that alcohol is legal and sold in stores that check ID has made it more difficult for kids to purchase alcohol. Ending prohibition crippled the black market that was previously supplying alcohol to all buyers, youth included.

“Most Marijuana users do other, more heavy drugs.”(Gateway Fallacy)

False, but most hard drug users have used Marijuana, nice try though. If we’re being honest, the prohibition of cannabis has been a catastrophic failure which has failed to meet every goal it ever set out to accomplish. The only thing that’s really been accomplished with cannabis prohibition is the systematic violation of basic human rights on a massive scale.