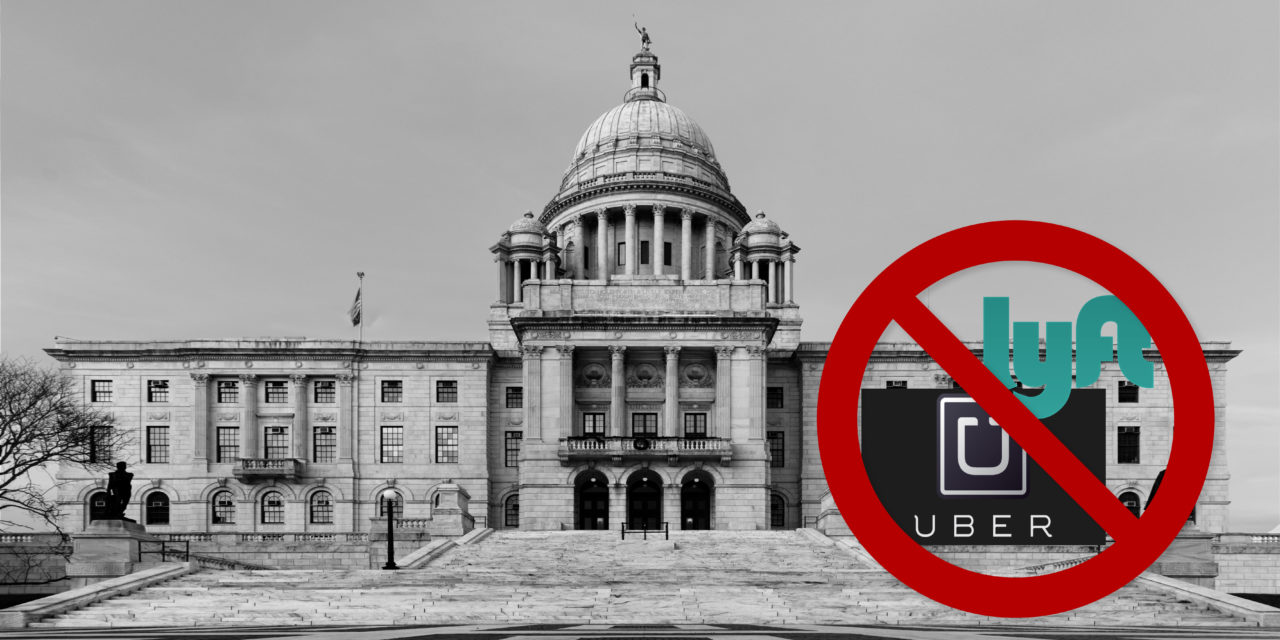 A Bit of History

It appears there is no sector of the economy that the State Legislature isn’t willing to foul up. H-8044, otherwise known as the “Uber” bill, was introduced by Representative John Edwards (D – Portsmouth) and would classify outfits such as Uber or Lyft as Transportation Network Companies (TNCs). These new TNCs would be held legally responsible for a laundry list of rules and regulations, many of which Uber has already implemented as company policy. This bill is nothing more than another power grab by the General Assembly done with a wink and a nod towards special interests.

Oddly enough, it was the economic polices of the State and Federal Government that created Uber in the first place. Unemployment rates all across the nation spiked following the financial crisis in 2008. The crisis was caused by the actions of the Federal Reserve. The Fed had kept interest rates so low for so long that people unknowingly made risky investments that had no hope of bearing fruit in the future. The value of those investments plummeted and in the process, the housing bubble burst and almost brought down the entire financial system.

Rhode Island was hit especially hard, likely due to the State’s economic policies being a mere microcosm of the economic planning and management system undertaken by the Federal Government. High taxes, expensive fees, and countless regulations have kept the Rhode Island economy from reaching its full potential for decades, but after 2008, economic stagnation turned into a prolonged recession, and the State has yet to fully recover. People found themselves in positions that required new and creative ways of earning a living. That’s where Uber comes in.

Uber’s launch in 2009 is a perfect example of how the free market works. During the recession, it was extremely unlikely that companies already under the regulatory thumb of government were going to expand or hire more workers and as such, the demand for employment was at an all time high. As a result, individuals started acting as independent contractors to survive the economic collapse. People used websites like Craigslist to advertise all kinds of services: carpentry, babysitting, dog walking, cleaning, snow plowing, and of course, rides for a fee.

The creators of Uber saw an opportunity in the marketplace and pounced. Within six years, the small startup that used an iPhone app to help drivers and passengers find each other would be valued at $41 billion, becoming one of the fastest growing companies in the history of the world. But why let that success continue? Why allow companies like Uber to create more wealth, more jobs, and a more vibrant economy?

The politicians up on Smith Hill must have been asking themselves those very same questions over the past year, because thanks to H-8044, Uber’s growth into the Rhode Island market may come to an abrupt and untimely end. H-8044 would impose restrictions and regulations on cash payments, gun licensing (for driver protection), background checks, vehicle cleanliness, and insurance. The bill would also levy an application fee of $15,000 on the TNC as well as an annual permitting fee of $15,000. Additionally, the TNC will be forced to pay an extra $150 for every vehicle over the one hundred vehicle limit set by the legislation.

As mentioned previously, many of these regulations are already official policy at Uber. All drivers at Uber must pass a criminal background check. Uber also requires that all vehicles be a newer four-door car and that they must be kept clean. The Uber app also has a feature where drivers and passengers are rated on a five-point scale. If a driver’s average rating falls below four points, the driver is brought into a meeting with Uber management and at risk for termination. Drivers also get to rate passengers based on their behavior. Passengers with a low average will find it harder to get a ride when they need one. At any time, the passenger can report the driver or the vehicle to Uber in real time through the Uber app.

So, why does government feel the need to make policy for a company that has already taken great care to ensure the safety of both the driver and passenger? Money and power. Uber would not have become one of the fastest growing businesses in world history if it weren’t a well-run and strictly self-regulated company. So, the idea that the General Assembly needs to “protect” the people through this legislation has absolutely no merit in reality. It’s all about money, power, and special interests.

Special Interests Not Far Behind

So who benefits from this legislation? Clearly, Uber doesn’t benefit and the customers don’t benefit. The main benefactors of this legislation are the insurance industry and the more traditional forms of transportation that have been out-matched by Uber’s product model.

Insurance companies are also afforded a multitude of protections under the statute, as well as the ability to refuse coverage all together. In the name of full disclosure, it is worth noting that as recently as the 1st quarter of 2016, the bill’s sponsor, Rep. John Edwards, has received contributions from multiple insurance outfits, such as Amica, MetLife, and the Independent Insurance Agents of Rhode Island Political Action Committee.

As for the more “traditional” forms of transportation, namely, taxi and limousine services, buses, and trains, they would benefit from the huge hit companies like Uber would take as a result of this legislation. Uber drivers operate in pretty much the same manner as taxi drivers. However, it is important to remember that when comparing the two, TNCs and taxicabs are treated as distinctly different entities under the law. Statutes that apply to taxicabs do not apply to TNCs, and visa versa.

Section 39-14-18 of the Rhode Island General Laws only require taxicab owners to purchase $850,000 worth of insurance, almost half as much as the $1.675 million required of TNCs. Taxicabs are also exempt from all other financial responsibility requirements under the law, whereas TNCs are not granted a similar exemption. Perhaps the most glaring difference is in regards to the application and permit fees. According to Section 39-14-3, taxicab owners must submit a $100 application and annual renewal fee, as opposed to the $15,000 fees required of TNCs.

If you’re thinking that the $100 fee is to be charged per vehicle, think again. The statute clearly states, that “no person, association, or corporation shall operate a taxicab or taxicabs…until the person, association, or corporation shall have obtained a certificate from the division…accompanied by a fee of one hundred dollars ($100)…” Whether a person owns one taxicab or one hundred taxicabs, the application and annual renewal fee is just $100. Drivers that work for a taxicab company must submit applications to the division, but there is no fee attached to them.

Of course, there are other forms of transportation that benefit from the decreased competition. Buses, trains, and other forms of mass transit that have been losing customers to companies like Uber will likely see an increase in riders as a result of this legislation, as TNCs will have to raise their prices to accommodate the new and unreasonably high expenses of fees and regulations. The increase in passengers means not only an increase in revenue for state-run agencies like RIPTA, but it could mean more jobs associated with those agencies, and in this case, more jobs means more money for workers unions.

The Amalgamated Transit Union (ATU) represents transit workers from all across the United States and Canada, in both private and publicly funded transportation services. Bus drivers, mechanics, station attendants, clerks, and rail operators are just some of the jobs that union members hold. Basically, the people who work for transportation agencies that compete with companies like Uber are dues paying members of the ATU.

Interestingly, a check in the amount of $400.00 was deposited into the campaign account of Rep. John Edwards (The bill’s main sponsor) on February 19th of this year, a check signed by, you guessed it, The Rhode Island branch of the ATU. Even more interesting, is that fact that the ATU of RI submitted its Notice of Organization as a political action committee on January 11th of this year. That means, that as far as the board of elections and the State of Rhode Island are concerned, this organization didn’t even exist before 1/11/16. (The “Uber” bill was introduced on April 7th of this year). And, of course, the registered address of this “Rhode Island” branch happens to be in Silver Spring, Maryland.

Of the 39 individual campaign contributions made by the ATU of RI, about 44% of them (17) were given to people who have direct influence over the fate of the “Uber” bill. The rest were made to other members of the General Assembly and Democrat Party Leadership. In two months, the ATU of RI spent $12,500 on campaign contributions to members of the General Assembly and the Governor. Is this a coincidence, or are there other motives at work here? Should members of the House and Senate recuse themselves from votes taken on this legislation?

Following a public hearing on May 10th, the House Committee on Corporations has put the legislation on hold for further study. It will be interesting to see what happens to the legislation in the coming months. As for the ATU of RI, its next quarterly report on campaign contributions (for the period between April 1st and June 30th) is not due until August 1st.